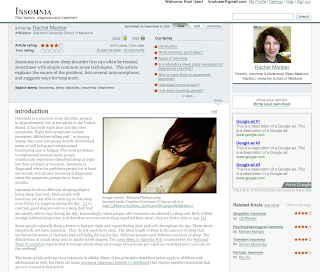 Google search engine is probably the first place where most people visit when they need to find information online. Now, Google has announced it plans to compete with Wikipedia in the online encyclopedia game by knol announced by Google on mid December 2007.
Knol, is taken from the word knowledge and is made to differentiate itself from Wikipedia mainly by highlighting the identification of each page's authors. Those pages would also be known as knols and will be written by folks who should have authoritative knowledge in that field they are writing about, though anyone is free to contribute. A community element around Knol will allow for multiple knols on the same topic, along with comments, questions and peer editing as approved by the author. Google, in its announcement, promised to remain neutral and not edit any material generated by knol users.
Google will even allow authors to decide whether on not their knols will include advertisements, though they will apparently receive a "substantial revenue share" if they do. Google has also promised to make knol pages available to all search engines, but it is unclear how they will rank alongside regular search results on google pages. Knol is currently limited to only a handful of invitees. Books of Knol must be contained the name of author on right side of the cover.
The challenge posed to Google by Larry, Sergey and Eric was to find a way to help people share their knowledge. It will be well oragnised with beautiful presentations and with a sexy look and feel, not mere a web page but more than that. It will be very easy to use for writing, editing and comment as well.
So all the Google fans get ready to contribute to the Google.
← Newer Post Older Post → Home