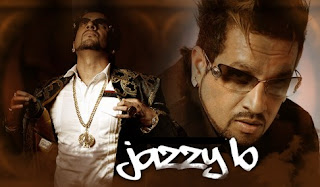 I have been waiting for a long time of Jazzy B's new album, finally I got a good news from one of my close friend Daljinder Zaildar (Kaka, Dal, the Australian Guy) that Jazzy B is going to release his new album RAMBO soon. I am really excited to hear this, he told me to take a look at Jazzy's Official website. I thought I will be some of very first persons who will known the new release information of Jazzy B. My friend Kaka is crazy about Jazzy B from the ages. I missed the chance when I can tell him that the name of Jazzy B's new album is Rambo, rather he called me from Australia and told that it's RAMBO.

I know he like Jazzy B from his first album, while Jazzy B impressed me by his album Tera Roop, in year 2002 or 2003. That was a great time in 2003 when we used to hang out in our village and usually go to Babain town to have some fun to buy CDs. I miss that time too much, we used to listen Tera Roop's songs from that time that music exist in mind till now. Again when Jazzy B released his another album ROMEO that rocked the whole Punjab. Both Jazzy B and Sukhshinder Shinda have done a tremendous job in ROMEO. Young guys of Punjab use to draw the ROMEO on their MotorBikes and Cars. All the songs are amazing in Romeo. Soorma (Jaanda main Jaanda, Chavi banade meri Chavi) song is our all time favourite. 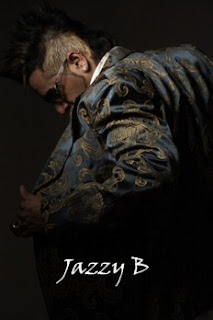 Jazzy B is great, man... and now Hopefully I know Rambo gonna make people mad, I don't know how to react on the on release of Rambo, which is releasing on 08 April of 2008 ( Later the date was postponed to 4 July 2008 ), another thing is that it's Vaisakhi in April, in Punjab one of the greatest festival of Punjabis and 1 April is the birthday of Jazzy B. Man this is a great time in April, I will try to enjoy it utmost whether in thoughts only. Circumstances are very rude and odd with Daljinder and me too, He always tell me that he miss India very much there in Australia. Jazzy B's Rambo will make him happy, and I hope so. I am damn ready to run on 04th July to the biggest music store to catch copies (One CD, One Cassette) of Rambo album. Let's see what's inside, which trend this time Jazzy B gonna spread all over the Punjab and India as well. Yaar velly bann bann tolliyan, Rahan bottlan Hummer vich kholiyan. Keep Up Jazzy. Victory of Panth!
← Newer Post Older Post → Home