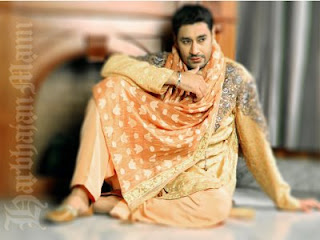 Biography Harbhajan Mann
? How Does Harbhajan Mann start his day?
With a glass of water and breakfast consisting of cereal, toast, tea and badaam & raisins. I usually read many newspapers while I am eating. Then I head off to the gym.

? Favourite City?
Vancouver, Canada, the best place on the earth.

? Favourite place to shop?
New York and London, England. I have a huge passion for designer cloths and shoes.

? What makes Harbhajan Mann angry?
When people don't mind their own business.

? Harbhajan Mann's best trait?
I am focused and hard working.

? What is most craziest thing Harbhajan Mann ever done?
Bunk school to eat at a wedding party in my village at the age of 10!
? Two people, other than his family, Harbhajan Mann wishes he could spent more time with?
K.S. Paras Ramoowalia as there is so much more I would like to learn from him. Also Shaukat Ali Sahib because he is my favourite singer, a very close and dear friend, for his invaluable tips on singing.

? How would Harbhajan Mann blow up a million bucks in ONE day?
Give part of it to charity and then fly to London with my family and we shop till we drop!

? The stress buster that works for Harbhajan Mann?
Spending time with my family, music, reading and working out.

? What does Harbhajan Mann do for fun?
Play sports/games with my kids, go for long drives with the family and go out with my buddies.

? Life according to Harbhajan Mann is...
My family, my music and my fans.

? What new?
I am working on my new solo album and new movies upcoming...
Thanks!
Harbhajan Mann