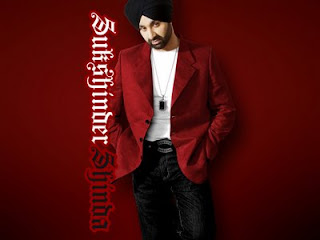 Early Life
Sukshinder Shinda grew up in Handsworth, Birmingham of England. His Family migrated to UK from village Dhamai, district Hoshiarpur, Punjab. While he was a teenager he was tutored in classical Punjabi music by musicians Jaipal Singh Matharu, Laal Singh Bhatti, and Ustad Ajit Singh. He became well-trained in many Punjabi musical instruments such as the Dhol, Tumbi, Dhad, Sarangi.


“Sukshinder Shinda” was born with a mercurial flair for the arts. When he was just four-years old, his singing ability won him admission into a school meant for six-year-olds. Ever since, the thirty-something Malkit Singh has maintained his head start on the competition, taking Punjabi Bhangra music into realms previously unexplored. The traditional folk music has gone from the relative obscurity of a Punjabi village to the heady heights of a world stage.


His colourful culture and bright music is completely different to that of others, having more connections with the sub-continent as well as the UK, Sukshinder Shinda shows again his natural affinity with different genres of music.


His recording career, originally focused in the Birmingham area, has seen him record and play live around the world and on some of the biggest stages. “Sukshinder Shinda” saw his unique sounds take hold of audiences across the continents of the world with an undoubted mass appeal and in turn he has earned a highly respected reputation as a musician of the highest order.


Today “Sukshinder Shinda” is a well-known producer in the Bhangra industry today having worked on over 200 albums and producing numerous hit songs since 1989. Since branching out as a solo artist in 2003 he has become more recoginzed by Bhangra fans.


Subsequently, in 1986 “Sukshinder Shinda” helped launch Jazzy B's career by producing and composing his first album - a partnership that still flourishes two decades later. From his first solo instrumental tape in 1989, “Dhol Beat 1”, he has set the trends that a generation follow. The album was probably the first ever totally instrumental album featuring the five most authentic Punjabi instruments. No synthesizers, no bass, and no samples – this has proved to be one of the most popular albums ever played since its release, and proof that Sukshinder Shinda's musical visions could well have been ahead of his time.


Having recorded and played live around the world and on some of the biggest stages, “Sukshinder Shinda” has seen his unique sound for AS Kang (“Jawani Boliyan” and “Aish Karo”), Balwinder Safri (“Another Level”), and Harbhajan Mann (Dil Apna Punjabi) take hold of audiences across the continents. The 2005 global smash “Dil Lutiya” by Jazzy B, followed up Amrinder Gill's stunning album “Dildarian” and the ground-breaking Bhangra track in the Bollywood film “Teesri Ankh”, are testament to Sukshinder Shinda’s musical prowess. “Sukshinder Shinda” – the producer, composer, arranger, singer and musician from Handsworth - is a music machine.


Since his introduction to his mentor Kuldip S. Matharu and his tutorship under legendary Gold champion Dhol player Laal Singh Bhatti, Sukshinder Shinda's creative talents have seen become an accomplished player of the harmonium, tabla and keyboards. "With the immense guidance of my teacher and 'Guru' Ustad Ajit S. Mathalashi ji I have learned so much from him, but I feel there is still so much more knowledge to be gained each day in the field of music."


Since going solo, Sukshinder Shinda's live stage shows have captured the imagination of the public in virtually every corner of the world. Count San Francisco, Washington, Toronto, Kenya, Dubai, Pakistan, Australia and Norway as territories that have witnessed his full live band and the versatility of his voice to make him one of Bhangra's most in-demand performers. Sukshinder Shinda's latest album, “Living the Dream”, displays growth and introduces a number of new musical elements. The lyrics have their own unique appeal and represent a new element to Sukshinder Shinda's singing style and in addition to his own vocals tracks it also includes it combines a touch of traditional Punjabi folk feel with urban street beats – representing Sukshinder Shinda's contemporary and traditional traits to a tee.


Whether you catch the man on stage, in the recording studio or through one of his new music releases, there can be no doubt that he is an exceptional talent in the modern era of Asian entertainment. Sukshinder Shinda’s devotion to the sound of music and rhythm endear his musical magic to attain an enduring popularity. “Sukshinder Shinda” has a rare gift for taking the traditions of the past and translating them into the language of today's modern cultures.
← Newer Post Older Post → Home