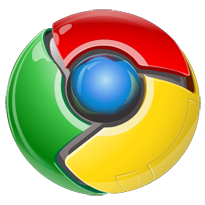 Google Chrome is a browser that combines a minimal design with sophisticated technology to make the web faster, safer, and easier.

The Google Chrome beta is a powerful new browser that loads Web pages quickly and accurately. CNET says Chrome is faster than all other browsers, and my experience matches these claims. It reveals that Google intends to break a Microsoft stranglehold on the desktop, but the user experience on Chrome feels a bit like walking on a sheet of ice in your slippers: a bit temporal and shaky.

With just a handful of desktop-bound apps including Sidebar and Desktop Search, Google has never strayed too far from the online world where they make most of their money by selling ads. Chrome, released around midday Tuesday, could be their last official desktop app. It points to a day when the operating system is obfuscated by the browser, which runs all the apps you really need. So will Chrome make a dent in Microsoft's market share or scare away the nice folks at Mozilla?

I think it's too soon to know whether Chrome will be a success. It could be one of the most glorious burn-outs in tech where we look back on 2008 and say - that's when Google tried in vain to capture the browser market. But Google has a history of stomping the competition even though the service (see Gmail as an example) does not offer nearly as many features (see Yahoo Mail).

Here's why Chrome probably won't just fade away. For starters, it lets you grab tabs and drop them away from the main browser window. They run as a separate app that uses a separate portion of RAM. You can also create a shortcut to an app using a menu option and then run it without the address bar. It looks amazingly extensible and flexible, which means it could have a bright future.

Chrome is a first glimpse at Google 2.0, an effort to make cloud computing ubiquitous and the desktop a thing of the past. For anyone who has wondered whether Google will release an operating system, the short answer is: yes, they just did.

And here's the proof. When you install Chrome, it asks you if you want to use Google as the search engine. You might think, well - of course! But what Google is saying with that question is: we intend to own the Web, and when we do, we don't want to get sued for monopolistic practices.
← Newer Post Older Post → Home