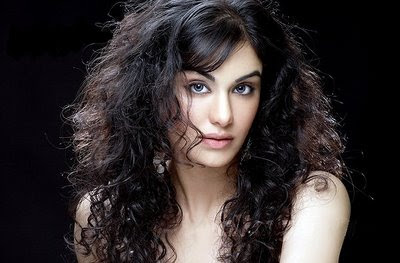 Adah Sharma was born on May 11, 1987 in Mumbai. She is blue eyed 5ft 7inch tall Indian actress. As an adolescent, Adah Sharma wanted to do too many things. She eventually found a profession where she could fulfil her dream and that profession is “acting” where Adhah Sharma daubs the greasepaint and gets to play varied characters that she once dreamt of being, be it a housewife or a model or an architect or a vet. Adah Sharma is a trained kathak dancer and has interests in gymnastics, malkem and yoga.

Adah Sharma has a non-filmy background; it wasn’t that easy for Adah Sharma to get to work with Bollywood very first. Her father is in merchant navy and her mother is a Yoga instructor. Adah Sharma did her schooling from Auxilium Convent High School and graduated in psychology from Mumbai University.

Though Adah had been getting film offers for quite some time, things did not fall in place until Vikram Bhatt’s 1920 in which she makes her Bollywood debut opposite Rajneesh Duggal.

Looking back, Adah Sharma sees her struggle from a philosophical perspective. She auditioned for various other projects but ‘1920’ turned out to be her first film because that is how it was destined to be. The movie is a period horror flick in which Adah Sharma plays an Anglo-Indian girl married to a Hindu guy. Adah Sharma has already signed another film with Vikram Bhatt.
← Newer Post Older Post → Home