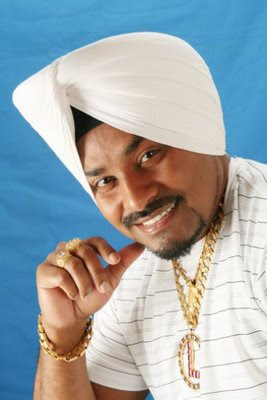 Lehmber Hussainpuri is a popular bhangra musician. Lehmber first burst onto the mainstream bhangra scene through a collaboration with Dr. Zeus on the album entitled Unda The Influence. This album was a massive success with both traditional and new school bhangra fans with such hits as Aah Ni Kuriye, Mele Vich Jatt and Tin Cheeja. From there, Lehmber branched off, being featured on a countless number of DJ and mix albums. Other notable tracks include Gabroo Shakeen, Yaar, Daru and a notable appearance on the world-wide smash-hit DesiRock by Swami. An underground mixtape entitled The Don was later put out with several Lehmber tracks, many of which became instant hits.
An unofficial compilation entitled The Best of Lehmber Hussainpuri was also released around this time. His greatly anticipated debut album, Folk Attack, was a ten track album full of all bhangra songs without any intros, outros, or skits. This album was an immediate success and brought Lehmber to the top of the bhangra industry. Lehmber has also been acclaimed one of the best live performers in Bhangra today, and is one of the most demanded bhangra singers of the time. He has performed live at major events across the globe, including the Zee International Bhangra Competition (New York City), the Kings of Bhangra concert (San Jose/Fresno), and the Vancouver International Bhangra Competition. Lehmber has also made several appearances at various events across Europe and South Asia.
← Newer Post Older Post → Home