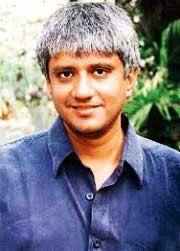 Success wasn't easy for Vikram Bhatt, who made his directorial debut with Jaanam in 1993. There was a time when he was better known as "Sushmita Sen's Boyfriend", but all that changed when he delivered hits like Fareb, Ghulam, Kasoor and Raaz. After these hits, he had 11 flop films, in succession. But he didn't let them get him down. In 2008, he salvaged his reputation in the industry with the horror flick 1920. Let's know something about Vikram Bhatt and his life.

Vikram Bhatt born on 27 January 1969 is a Bollywood films director, producer and writer. He is the grandson of Vijay Bhatt, who was one of the pioneer of Indian Films and the son of veteran cinematographer Pravin Bhatt. He has more than 21 films to his credit and at present he is the creative head of a conglomerate called ASA productions and enterprises pvt ltd.