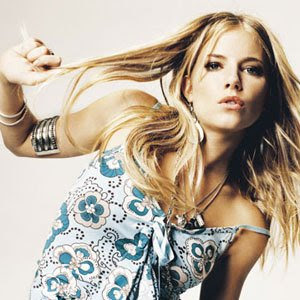 Hollywood actress Sienna Miller has revealed that she was actually tortured by the director of her flick Edge Of Love in a bid to get a shot right.
She said that director John Maybury locked her up in her dressing room with a awfully sad song playing in the background before an emotional scene.
"The hardest scene, for me, was when I was crying and pulling stitches out. John locked me in a trailer with the saddest music I've ever heard and said, 'Come out when you're ready,' and kind of tortured me," Sienna Miller said. However, Miller confesses that the bad treatment given by the director worked wonders.
[the saddest music I've ever heard] :)
← Newer Post Older Post → Home