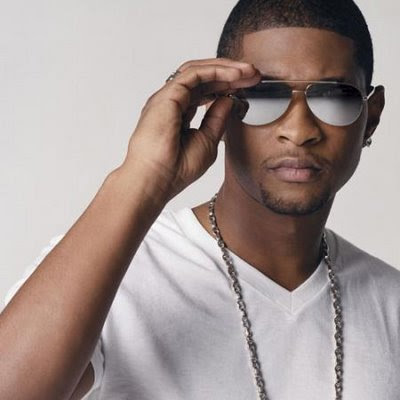 Grammy Award winner Usher lets PEOPLE in on a secret: his sixth studio album is going to be called Monster. Usher Monster Album - 22 May, 2009 ‘announce your album title on Twiiter’ day. After Mariah Carey, Usher has revealed that his new CD will be called “Monster”. The singer said about his sixth studio album,
"LOL….OK everybody, my bad….I’m new at this. Thank you! I gotta tell you something….I just left the studio from working on a Monster"

Usher has been spotted recording in Las Vegas and in his Atlanta hometown with producer Jermaine Dupri on the album, which is set for release this fall on Jive Records.

The singer also confirmed via his Twitter page that he recently shot a scene in the upcoming film Five Killers with actors Ashton Kutcher and Katherine Heigl.