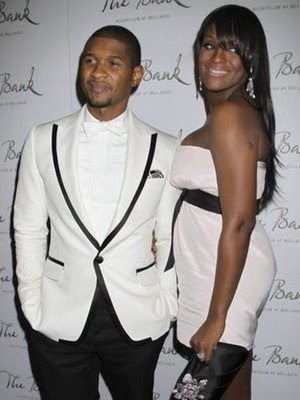 Usher, Tameka Foster Raymond
With rumors of an impending divorce Grammy-winning and Diamond selling singer Usher Raymond is back in the thoughts and minds of those who might have abandoned him on "Here I Stand (2008)". While divorce news is never good when it comes down to families, in Usher's case two children under 5 years of age, you can't help but wonder if the marriage has had an effect on his forthcoming album "Monster".

Ironically Usher's most successful album to date (2004's Confessions) was released at the height of a breakup with TLC singer Rozanda 'Chili' Thomas, an alleged affair with now wife Tameka Foster Raymond (his former stylist) and dating rumors that pitted the singer with European sensations Jamelia and Aishia Brightwell. Yes, Usher's "Confessions" was in fact a solid album with well performing records like "Burn," "Yeah," "Caught Up," and the later released Alicia Keys assisted cut "My Boo" but the love affair or interest in Usher was also sparked by a mirage of rumors. Atop those rumors was the concept behind the album's title track "Confessions," a song about a man who has cheated and gotten the "chick on the side" pregnant. Knowing that this track and the concept of the album was interesting Usher played with the public on interviews, including a stop by BET's 106 & Park where he was asked if the song was related to his personal life. Of course Usher replied no and went on to say that friends and other parties he knew inspired the song and concept for the album. 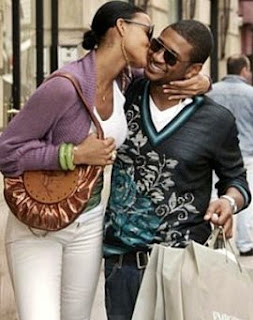 Flashing forward a few months, Usher was spotted frolicking with a -then- unidentified woman in St. Barts. That woman turned out to be a married, then later, divorced Tameka Foster Raymond. Nearly two years later Usher tied the knot, allegedly unapproved by his mother/manager, and the rest is history.

Since the commercial disappointment of 2008s "Here I Stand" Usher has been spotted repeatedly without his wife and photographed without his wedding ring on numerous occasions. In late 2008, Tameka Raymond gave birth to their second child and nearly died due to complications with a cosmetic adjustment in Brazil in February. Despite him being by her side for these two periods, unidentified sources are piling in left and right telling magazines including PEOPLE and In Touch Weekly that the pair have separated for months. One source even claimed that Usher was "tired of how demanding she is". That same source went on to tell NY Daily News that "He always had to cater to her constant insecurities but now he’s ready to move on and take care of his kids.”

So will all of this, including stories about him "retiring" his mother and firing staff allegedly due to his wife, in addition to Mrs. Raymond's trip to Brazil for that cosmetic procedure, effect Usher's music ? Most important are fans in for a stellar album ? 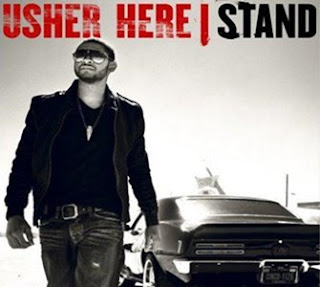 It's no secret that artists, just like the fans that admire them, write and reflect on their lives. Music is after all a form of therapy as much as it is a way to rebel against external forces. Let's face it, some of the best music has come from personal experiences and troubling times. Recording artists like Eminem, Christina Aguilera (Stripped), Mary J Blige (My Life) and Whitney Houston (Just Whitney) have all taken their troubles to the studio, so why not Usher ?

If anything, there is definitely some madness to the title "Monster". More so, the album could be Usher's next round of "Confessions," except this time he might get personal enough to shed light on his marriage that sources tell PEOPLE has been on its way downhill for well over a year.

Producers on "Monster," slated for release this fall, including Pharell Williams (the Neptunes) are insinuating that fans will hear a new Usher when this album drops. For now we'll just have to wait and see what the man, previously billed as "Mr. Entertainment" brings to the table. After all, he has a lot of competition this fall -- not that it's wise or recommended to exploit your marriage and/or divorce... but it certainly gave Beyonce a boost last fall.

If you remember, Beyonce remained mum months after tying the knot with Jay-Z. Conveniently Beyonce covered several publications around the release period for "I Am... Sasha Fierce" .... discussing what.... yes, her ring, relationship with Jay-Z, wedding, family and how she feels about being a wife while saying pick up "I Am Sasha Fierce". Of course we still love Beyonce and she is playing the BET Awards on June 28.

According to PEOPLE magazine Usher is rumored to be filing for divorce next week.